For three long years, there was no puddle jumping in Israel. Then the Lord promised Elijah that He would send rain, but like every promise, Elijah still had to circle it via persistent prayer. So Elijah climbed to the top of Mount Carmel, fell on his face, and prayed for rain. Six times he told his servant to look toward the sea, but there was no sign of rain. And this is when most of us give up.

We stop praying because we can’t see any tangible difference with our natural eyes. We allow our circumstances to get between God and us instead of putting God between us and our circumstances.

But Elijah held his holy ground. He stood on the promise God had given him. I think Elijah would have prayed ten thousand times if that is what it took, but between the sixth and seventh prayers, there was a subtle shift in atmospheric pressure. After the seventh prayer, Elijah’s nearsighted servant strained his eyes and saw a small cloud the size of a man’s hand rising from the sea.

I can’t help but ask the counterfactual question: What if Elijah had quit praying after the sixth prayer? The obvious answer is that he would have defaulted on the promise and forfeited the miracle. But Elijah prayed through, and God came through. The sky turned black; heavy winds blew across the barren landscape; and raindrops fell for the first time in three years. And it wasn’t a light drizzle; it was a terrific rainstorm.

It’s easy to give up on dreams, give up on miracles, give up on promises. We lose heart, lose patience, lose faith. And like a slow leak, it often happens without us even knowing it until our prayer life gets a flat.

I recently realized that I had stopped circling one of the seven miracles I had written on my prayer stone during a ten-day Pentecost fast I did years ago. I once believed that God would heal my asthma, but I got tired of asking. It felt like God had put me on hold, so I just hung up. Then a conversation with a friend reactivated my faith, and I started circling that miracle again.

The reason many of us give up too soon is that we feel like we have failed if God doesn’t answer our prayer. That isn’t failure.

The only way you can fail is if you stop praying.

Prayer is a no-lose proposition.

Excerpted from The Circle Maker published by Zondervan, a division of Harper Collins. 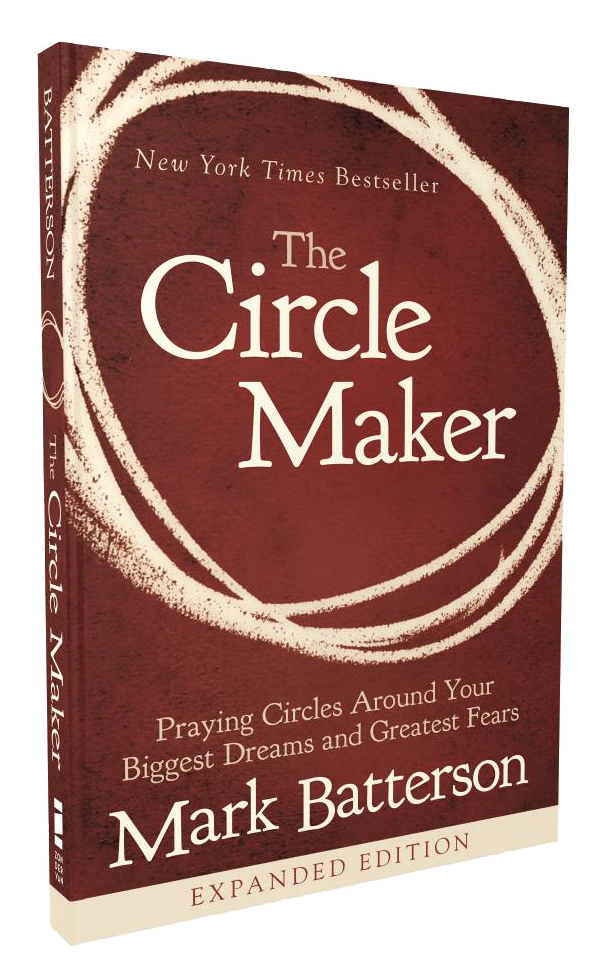